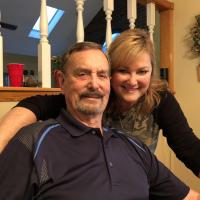 My Dad had his LVAD surgery on the 6th of March, 2019.  I believe he had an anxiety attack today but wanted to see if anyone else had any of the same symptoms.  He's 79 and had a heart attack in 2015.  Was told February 6th he had 3-6 months to live if he didn't try to qualify for the LVAD.  He passed with flying colors, he's been very active his entire life and took pretty good care of himself.  It has finally hit him this last week what his future with an LVAD will be and is pretty much scared to death.  He is doing well with the exception of meds, which we are working on, but his type A personality is getting the best of him.

This morning my mom called me and said, Dad thinks this is it, he's dying.  He called for her, and she found him in his recliner saying this over and over.  Said his entire body was weird, breathing hard, stomach ache and headache.  He refused to go to the hospital, which is about 25 mins away and said he would be fine.  I called 911.  They were there surprisingly fast did all the symptom checks - no stroke - no heart issues and within a few mins, he was feeling fine.

Back up a day - I took him to the family doctor yesterday and we put him on BUSPAR 10 mg twice a day.  He said he should have been on something years ago and hoped by not doing so, he didn't bring on his heart attack.

Could his symptoms be that of an anxiety attack?  Nurses thought so but wanted to hear from you all if this sounds familiar.

I'm 60 now and had my lvad for 3 years. Yes, I have moments where I get anxious and very depressed. Because of a fall last year I experienced a very bad brain bleed and a small stroke. I'm now DT. This was very hard to accept having the lvad forEVER!! It's a shock to hear. However,  the alternative, well, yeah...

Thought I was dying at times also. As long as your dad is otherwise  healthy, he should be fine. Just hang in there y'all 😃

my husband was in icu so long he got a neurosis. They put him on Zoloft and after 7 months he’s still on it. The reality of Lvad is life changing for all and it’s a huge adjustment. Having anxiety in my opinion is pretty normal. 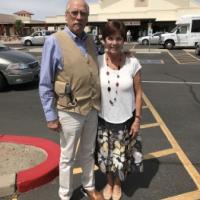 In reply to Anxiety attack by Amy K.

My husband has these attach now and then.  I can not even imagine the fear of so many things.  Falling, stop breathing, bleeding, or losing a caregiver.

He is not alone, it takes time to adjust to a new way of living and loving life.

God Bless hang in there.

I'm not sure of anxiety but I get sensory overload I think where I just shut down, mentally and physically. I have to stop and sit down/clear my mind,

Where are the recent posts, I am scared!!
184 replies
HeartMate III Mens Clothing
106 replies
Shower Protection
75 replies
My Wife Made Me a Wonderful LVAD Vest! Email us…
71 replies
9 years today (20th Oct 2020) living with LVAD
66 replies