A Hunting we will go... Post from OurLife Our Love His LVAD

A Hunting we will go... Post from OurLife Our Love His LVAD

Jason has always been avid hunter and fisherman. His biggest fear about the LVAD was that he wouldn't be able to go hunting. He cannot be in Temperatures below 32, so far we have been lucky and it has been above 32 every day he wanted to go hunting! Jason had his surgery on the 26th of September, he was discharged on the 12th (Wednesday) of October. We went Hunting the following Saturday. Yes, I know what you're thinking because I was thinking it too, BUT I wasn't going to take that away from Jason.

I decided to get my hunting license this year, so I'd always be able to go hunting with Jason when I wasn't working. Jason NEVER hunts alone. It works out well because alot of his friends are off during the week, so while I'm working..he's hunting! On the Saturday after his discharge when we went hunting we sat in a ground blind in lounge chairs. It was in the 50's that day. We didnt end up getting anything that day, but I have no doubt that Hunting is good for Jason's soul.

On October 27th, Jason got his first deer of the season with a Crossbow, I was so happy for him! I was at work, but I wished more than anything I could've been there for that. Jason has already graduated from the ground blind to the tree stand, I can't say I'm trilled about that BUT again, this is a time were I pick my battles. I need to know that Jason will know his limits, and just let it roll off my shoulders.

We are going together this Saturday and on Thanksgiving day...Wish us luck!

I am encouraged about your post on hunting. My husband also…

I am encouraged about your post on hunting. My husband also loves to deer hunt and he travels with his brothers several times a year to deer camp site.( when he was able). He had the LVAD surgery June 17 this year and we came home on the 27th. He already feels so much better and is looking forward to being able to hunt his fall. Of course, I will be apprehensive but by then things should be settled in our routine and in my mind. LOL 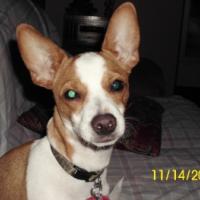 I always enjoyed deer hunting but I am not sure if I can handle the mountain terrain any more. Also it normally takes 3 to 5 days for my friend and I to get our deer. The trails sre very rough and you get bounced around a lot.Also I can not haul a deer around any more, too heavy and too far. We do not have any place to stay with power for battery charging.

Getting closer to the deer hunting trips my husband loves…

Getting closer to the deer hunting trips my husband loves and is determined to keep doing. I am wondering if anyone else has gone on trips like the ones he goes on where there will be no electricity.? Can he sleep in his batteries and not go on electric for several days at a time? We will have this discussion with the dr in a few weeks when we go for a check up. Can anyone give me any input on this subject?

I went deer hunting 5 months after my surgery. We have…

I went deer hunting 5 months after my surgery. We have always hunt on private land that has no utilities. Luckily I already owned a nice camper. I bought 2 honda EU2000 generators for powering the camper and my battery, charger and power supply for night. The Honda EU2000 generators produce good clean power that will not hurt the equipment.. It is even rated to do computers and other sensitive electronics. I also keep a large industrial battery charged should I have a problem running out of gas or a generator malfunction. That I can plug my power supply up to or go on batteries. Just think ahead and have a back up for everything.

Since then I still go boating and fishing. I am extremely careful around water especially walking on the dock and boarding the boat. I have a good safe boat and I keep wet weather gear aboard should a shower sneak up. I send pictures to my doctors fishing and such. They show them to LVAD prospects and to LVAD patients who are afraid to leave the house.

. Get out and live that is why you get the thing!

Ihope to go deer hunting this year,it has taken me a long…

Ihope to go deer hunting this year,it has taken me a long time to recuperate from lvad surgery and a v- fib incident which got me a new defibrillator in january,2014. But I now am looking forward to hunting again if my knees hold up.We plan to stay in a motel with power for my gear. I will just get up extra early to get in to the area we want to hunt each day. Good luck and good hunting to all.

Tried deer hunting this month.I lasted four days and 22 nitro tabs,I could not handle the altitude,There were very few deer and then only above 8000 feet.I could not go that high,tho my hunting buddy did.Only saw 3 deer running and about 500 yards away.We did see over 20 mountain goats,surprisingly at only 6000 ft. altitude.Saw dr. he said my problem was because I had a heart attack in august,just 2 months prior to my attempt at deer hunting.I am not giving up, I can try rabbit hunting at only 3500 ft.DR. said go for it but cautiously.Don't give up, keep trying.ERNO