Sat, 02/06/2016 - 9:36PM
Here's my story in a nutshell... Due to being in end stage heart failure I had a Heartmate ii implant on 11/20/15, went home about 2.5 weeks later but still didn't really feel any better. I assumed it was due to the fact I had spent a month in a hospital bed prior to my surgery. Came in a week later for 1st follow up and was admitted to hospital because they feared I may have developed a clot, after scanning all the things they could scan the doctors concluded it had to be in the pump itself which they can't see with any type of scan. My flow numbers were high, my power numbers were high as well. They did a echo ramp study which was pretty much the deciding factor for them. Needless to say I received a new Heartmate ii on 1/11/16. It has been a long rough road up to this point. Still in hospital going through rehab therapy for my now wasted away body. Sorry that was longer than expected.
15600 reads

Thu, 02/11/2016 - 8:01PM
Wow--sounds like they really put you through the paces. Hope you're finally starting to feel better. My situation wasn't like yours, but it was rough and it makes me wonder if everyone has had it a little rough. I too was in the hospital for 3 weeks. They wanted me to walk in the halls before they would discharge me. But, every time I stood up, I felt so faint. I actually did faint numerous times. (It was V-tach causing the problem). So, this really slowed my recovery because I was so afraid to attempt to get up, sit up, do anything. But, about 5 months post surgery, I suddenly felt better. They slowed my device down to the slowest it could be turned down and still function. That seemed to be the single thing that helped. I'll keep thinking of you and wishing you well. Best wishes.

my heart goes out to both of you

Thu, 03/03/2016 - 4:31PM
Reading both your stories and feeling the hardship you both and also my husband have gone through. L V A D is better than the alternative of not having it available. But it is extreme . And difficult. And anxiety provoking. Hang in there!

In reply to my heart goes out to both of you by Julie P.

Tue, 03/08/2016 - 6:08PM
How was recovery for your husband? Sounds like it was difficult !? Family member, age 54 is probably going to need LVAD.... He's suffered 2nd heart attack, recovered well, ended up with internal bleeding which set him back , a lot! He's currently having difficulty eating, has lost 40 lbs in less than2 months. His nutritional level has decreased, his blood count is still low, and is weak....just curious what your husbands condition was prior to LVAD surgery ?

Hope you are still doing well

Wed, 04/06/2016 - 1:06AM
Somewhat similar, my husband has end stage HF so his LVAD is destination therapy. He received his original Heartmate II in January 2015 . Throughout the first year he had numerous hospitalizations for GI bleeds and a 14 hour nosebleed that nearly killed him as they couldn't get it cauterized. Then in Dec. 2015 he developed a thrombus in his aorta and inside of his pump which ultimately caused it to fail . That left us with the decision of going home with hospice care or doing an extremely risky pump exchange, which his surgeon was very reluctant to do. His heart team left the decision up to him, but outlined all the risk factors . An exchange was done nearly a year to the day of his original surgery. Now we are back at the hospital with GI bleeds and V Tach . The team will do an endoscopy tomorrow to see if there is any remaining thrombus , and if not will try cardio version. I keep hoping for the best, but it has been a rough road . You are not alone. I wish you all the best . Mrs. white

In reply to Somewhat similar, my husband by Sandra B.

Thu, 04/07/2016 - 2:26PM
Both bleeds were successfully cauterized. Apparently the heparin dissolved the blood clot in the aorta so they were successful with the cardio version. Normal heart rythm now, but still having repeated suction events. They VAD team decided to turn down his speed from 9200 to 9000. So far this seems to be improving his right ventricular function . Heparin therapy is discontinued and extra magnesium was ordered. We are hopeful for a release within the next 48 hours. I often dream about my old life. Mrs. White 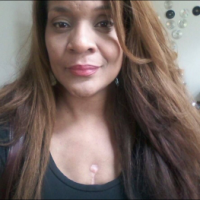 Fri, 04/29/2016 - 11:14AM
I got my LVAD in February 2014. A few months later I was hemolyzing and no one could figure out where or why. That happened about every 6 weeks until the fall and then stopped for no reason. After a few more stints in the hospital for Vad related problems my LDH jumped over 1000. Clot buster didn't work so, there had to be a Vad exchange. Unfortunately somehow, my drive line was fractured and the new Vad wouldn't position correctly. So, they moved my Vad to my other side. I was en route to a regular room 1 1/2 days later- and the new Vad failed.....horribly. It was a mechanical failure. So, they had to take the new, Vad and replace it immediately. Pretty much radio silence on the Vad side for the past year-thankfully.

Wow, that's a rough row you 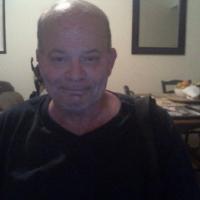 Tue, 10/25/2016 - 9:24PM
Damed Bat Girl, that was a ruff one. Mine I guess was no biggie, 3 months in the hospital prior to implant with Mirsa in both legs and my head. Intabaited for 9 days, lost 45lbs. Hell of a weight loss program. Was implanted on my birthday, and now 3 years, 4 months later still running the silk road to china and other parts of the world. Total time in the hospital 4 months 6 six days. And folks ask me why I dislike hospitals :) So it goes to show you if you;re ment to be around you're gonna be around. No matter what. :)

So sorry to hear about your

TENS UNIT USE ANY EXPERIENCE?

Mon, 09/12/2016 - 4:31PM
I have both the LVAD and Pacemaker with ICD and wonder about the safety of having a physical therapist use a TENS Unit to attempt to stimulate the nerve in my lower portion of my leg to see if it might be beneficial for treating Drop Foot. It has been over two years since LVAD was implanted and I am fully able to exercise, but I am required to use braces because of the Drop Foot issue most severely in the right foot. Any insight would be appreciated.

understand your difficulty. I am friend with another LVADIAN

Tue, 12/06/2016 - 3:57PM
My friend and I have discussed the difficulties we each have faced . He has had bleeding trouble and a ICD that went haywire and shocked him about 30 times. I have been dealing with a drive line infection and been unable to exercise so I fee tired a lot and have about a 12 inch scar from the incision to remove clean and preposition the line. We do find it amusing and always feel bad for the love ones suffering next to us. I have now had 400 plus days to hear I love you and laugh with MY Beloved wife, daughters, grand children and all my family . SEEMS WORTH THE DISCOMFORT. I offer the pain up in thanksgiving for this gift.