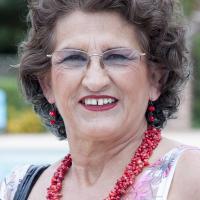 Tue, 06/05/2018 - 2:26PM
I will soon complete 6 years since I received my Heartmate 2. When I was admitted at Mayo Clinic in PHX AZ I had a severe congestive heart failure. My ejection fraction was less than 10%. I had been sent by two other hospitals to Hospice care and given 90 days to live in February of 2012. I had lost over 40% of my body weight, had lost most of my muscle tissue, looked like a living cadaver, could only sleep with morphine and needed oxygen 24/7.   After I was admitted to Mayo on April 1st 2012, they drained out over 8 liters of fluid from my lungs and began to restore my heart waiting for a heart transplant. after waiting for a heart almost 90 days I was given an LVAD before the right ventricle would be damaged.
Since that time I have had surgery twice for bleeding ulcers due to the stomach linings damage from the LVAD. I also had an infection on my drive-line for almost three years until recently my doctor opened the drive-line moved it up a few inches and closed the wound. I am now INFECTION FREE, no pain, I can once again bend down without pain and I have now been allowed to change my dressings once every three days as opposed to DAILY for almost 3 years.
Since I received the drive-line I have traveled nationally and internationally several times. I am able to do ANYTHING I used to do except of course go underwater.
My life was dramatically changed and everyone including the doctors say it is a miracle that I am still alive. I have seen two of my grandchildren graduate, one has joined the Air Force, the other has become a dancing national champion. I have been able to enjoy a great grandson.
My husband and I along with our doctor went to Colombia, South America and presented the benefits of the LVAD to over 180 Cardiologists at a National Symposium. Since that time SEVEN LVAD's have been placed in patients in that nation.
My husband and I are frequently used to give counsel and advise to patients that need an LVAD with a 100% acceptance and placement of the device.
We are now praying for my heart to be restored to a 25% or more injection fraction and have the LVAD removed. There have been 6 LVAD removals at Mayo Clinic Phoenix in the last seven years.
I make my own vests to carry the batteries and heartmate and I also use a purse or backpack and most people have no idea that I carry one.

Where are the recent posts, I am scared!!
96 replies
HeartMate III Mens Clothing
93 replies
My Wife Made Me a Wonderful LVAD Vest! Email us…
70 replies
Attitude is Everything
49 replies
Tactile holster T shirt for carrying LVAD items
48 replies