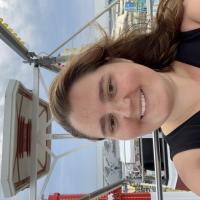 My father had LVAD surgery on June 11th since then things have moved more slowly with his recovery than we had hoped. For the last 7-8 days has been suffering from low sodium levels, low oxygen levels, and bouts of what they are calling ICU Psychosis. He either is disoriented and unsure of where he is and see people who aren’t there. Or he becomes angry and aggressive and combative stating he wishes he never had the surgery and that he just wants to die. That if someone gave him access to sharp knives he would end it all right now. On Monday this past week I was admitted to the ER and was told I had a fibroid that needed to be removed, I was scheduled for surgery on Wednesday this week. When they went in to do my procedure they found that I actually have a condition called Adenomyosis and the only true cure for it is a hysterectomy. At 30 that is quite a shock, having your medical diagnosis change so quickly in 48hours it is a shock, and to go through all this while your father is recovering from such major surgery is very overwhelming. I have the last two days been scared by calls from my dad saying he is done with life, he wants to die, that there are strange people in his room. I call the desk and tell the nurses, who are always aware and that the drs in call are aware as well as his primary cardiologist but it just seems no one knows how to fix it. Has anyone else had a love one experience this after LVAD surgery. How did you get through. How did you cope? Please anyone with advice I am lost as to what do. 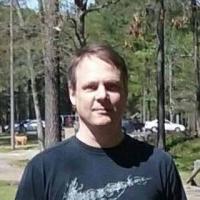 I am James L. I had LVAD surgery on April 28, 2018. ICU psychosis affected me and my family in a big way. For me I had no idea what was happening to me. I was only 47. I drove to the ER after having chest pain for 3 days.  I woke up in the ICU with an LVAD seven weeks later. The complications I had are too many to list. But, becoming aware of what was going on and realizing that I was saying some truly off the wall things to family members and healthcare workers. I very slowly began to realize by the looks on the faces of those I was talking to that the things I was saying were clearly nuts. But even though I noticed this I continued to say crazy things and I meant them. The ICU was very hard to deal with because of many different things. Mostly the noises that were alarms deeply affected me. It felt like every move I made set off some alarm. It is a very slow and tough process toward becoming mentally and physically improved. The only advice that I can give you for now is to realize that things will get better. All you can do is continue to support your father and it is just as important to care for yourself. Take the time to address your own problems while trying to do other things that get your mind off of all the problems and allow yourself time to rest, eat, and do things that are less stressful. Easy to say and hard to do. Unfortunately, this will be a marathon, not a sprint. Try to be patient and allow your father to be a little crazy for now. I know it doesn’t seem like it, but he will get better. Hang in there, be faithful, and it will all be worth it. God bless

In reply to ICU Psychosis by James j.

Knowing others have gone through this helps. My dad was moved to a rehab facility today so I am hoping that helps. He suffered from depression and OCD before the surgery. Everything is very slowly moving forward, I am trying to keep my chin up. Thank you for sharing your story.

My heart is with you.

Reading your post brought forth memories of my father’s experience. He pulled out his feeding tube and told my Mother to “get me the hell out of here.” He, too, visualized people and occurrences that were not in reality. I hope that it offers comfort that this is not an isolated series of events. The toll from expectation of outcome of surgery to true experience, coupled with sedatives, paralytics, pain medication and bed reliance...the psychosis is, unfortunately, a real outcome with limited expertise to address. I’m certain your unconditional love and support will carry him to comfort. And, perhaps, discussing “short term” vs. “long term” situations could be helpful. My heart goes out to you.

I’m deeply sorry you are experiencing such life changing news personally. I send you much support, albeit it virtually. My heart is with you and your family💛

In reply to My heart is with you. by Megan S.

I really appreciate the support. I am finding such comfort in this website. It is helping to keep me sane right now. All I can say is Thank You 💕

My husband spent 108 days in ICU after he received his lvad. He had what they called "ICU Delirium". It was from lack of sleep. He also was, confused, combative, pulled tubes out, hateful, rude and obnoxious at times. He knew who I was, but confused as to where he was and what was going on. He had been on .5mg Xanax at night for sleep, for about 9-10 years. VA doesn't believe in giving this medication. But after 2 and a half months they finally tried it. And it worked. I also made him a photo album of family, friends, his old car and stuff. He finally came out of the delirium. He doesn't remember too much of the first couple months he spent after receiving the lvad. And I think that's a blessing. He was on life support several times, got several infections and couldn't eat for 102 days. It was 4 months of pure he'll to watch hom go through that. But, today, we are so blessed he's doing better. He still has a few issues to get straightened out, but I have no doubt he will get through it. I honestly believe, prayers and the grace of God is the reason es here today.

I know this is a hard time for you to see your dad go through this, but stay positive , stay strong and you both will get through it.

ICU Psychosis - I remember it well

I had my lvad installed on April 22, 2019. When I finally started to become aware of my surroundings I found I could not talk or move my hands. I remember people always looking at me but not hearing what I was saying. So I started writing words in the air with my finger and that seemed to get their attention. I could hear what was going on but not be part of it. Then I heard the the order to remove the breathing tube and ng tube which I wasn't even aware I had. When the breathing tube was yanked out it felt like only half of it was out. I could see myself choking and remember hearing someone tell me to cough. I am sure in reality it was only a few seconds but I was watching myself choking to death. Immediately after, which seemed like an eternity, I saw, and I kid you not, Daisy Duck reaching for my face and pulling something that started my nose on fire. My wife told me that they pushed morphine in the IV and I was out. Whenever I came to was when the real fun began. There were cartoon characters everywhere in my room. I was hearing and saying crazy stuff but fixated on the characters walking single file, turning and saluting me as they passed. This sounds nuts, it was, but it happened. As the days went by, I was able to talk but the cartoon people were still there. This lasted until they brought the physical therapy  people in to make me walk which I didn't realize I could not do. After a total of nine days in ICU, three of which I was totally out of it, my new friends were gone and I was moved to their rehab hospital for more torturous therapy.

My meanness and refusal of accepting the lvad didn't really set in until I came home on May 23. It took a good two weeks before I came to my senses and realized that life even with this thing is more precious than the alternative.

Where are the recent posts, I am scared!!
170 replies
HeartMate III Mens Clothing
106 replies
My Wife Made Me a Wonderful LVAD Vest! Email us…
71 replies
Shower Protection
70 replies
Ongoing scabs driveline
60 replies