My husband got a Heartmate 3 in October. December was our first month at home. Our electric bill was about $150. higher than normal for the same period in past years. The only new appliance or new usage is our Heartmate 3 chargers. I'm a bit shocked. Is that the experience of others?

Prior to embarking on a recent off-the-grid travel adventure, we examined our Heartmate equipment closely for power consumption and found it to be quite efficient.  All of our measurements indicated that it consumed less power than the manufacturer specified and even that amount was negligible.  We haven't noticed a change at all in our electricity bill since having it.

Routines can change when a patient returns home and some of these changes may involve increased use of electricity.  I would tend to look there, rather than to the Heartmate equipment for the cause of such a dramatic change to electricity costs.  It could also be a coincidence -- perhaps a correction due to an actual reading after a month or two of estimated consumption.

Hope you solve the mystery and get your electricity bill back under control!  :)

Hi Judith,  My husband is coming up on two years March 28th when he received his Heartmate 3.  We saw no difference in our electric consumption.  Perhaps wait for another month and then compare the two months.  Maybe it did have something to do with when the meter was read.  Good luck to you and your husband.

This is what I suspected. But I wanted to know what others’ experiences might be, before I addressed it with our electricity provider. So thank you for tour response.

Hi I'm curious how did you figure out the power consumption of Heartmate 2 system?  My husband has the new mobile unit and I can’t find an answer has to how much watts its uses, volts, etc. I’ve emailed the manufacture about the old wall unit and did receive an answer for that and I emailed them about the new unit but no response.  I’m assuming it would actually take less power. thanks 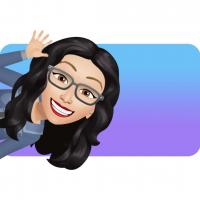 As a caregiver to my 33 year old

son who has a Heartmate 3.

His equipment is pretty great to keep him alive at any cost.

we all make sacrifices when faced with a life and death situation.  I’m so sorry your electricity has gone up.

Sorry to hear your young man needed this. We are also so grateful to have this life-saving technology. Of course we would make far greater sacrifices and f necessary. I simply wanted to know whether this was what we should expect, or a faulty meter reading.

It's nice to know that there is a support group I can talk to, My son is 31 and just got an LVAD right before Christmas it's been scary for me he still in the hospital and fighting a fever and trying to get weaned off the ventilator. Reading these post brings me comfort knowing I'm am not alone so thank you for sharing your experience