My dad at 67 didn't survive the LVAD and RVAD

My dad at 67 didn't survive the LVAD and RVAD

Hi everyone, I first want to thank you for the stories you share about your lives and loved ones on here. I was so lucky to find this website when my father was admitted to the hospital in February needing an emergency surgery for the LVAD (his heart was at 18%). I used it as research for the months that followed, as it is far more informative than what the medical professionals were able to tell me. So thank you for your honesty.

My dad passed away last week at 67 after his 3 month hospital stay, unfortunately. Initially, he went in to get an LVAD (after having hodgkins disease at 48, his heart suffering from the chemo, and then getting a pacemaker at around 60, which had to be replaced last year because the leads were leaking). Just 5 days after his LVAD surgery in February, he was rushed in to get an RVAD, as the right side of his heart became weaker, even with the LVAD (the tricuspid valve had been a problem).

I just wish that someone would invent a portrable RVAD device, much like the LVAD, so patients suffering from total heart failure can live their lives (outside of a hospital). I found that there's a SynCardia Total Artifical Heart, but it isn't as common and the doctors told us that wasn't an option in Canada. Getting a heart transplant was an option, the surgeon said, but my dad was already so weak, that the LVAD was destination surgery. And organs usually go to younger people.

The first two weeks in the hospital, my dad was mostly sleeping. Then he became more conscious and was responsive with his hands. Then, the RVAD gave him more power to do physio exercises, even walk from the hospital bed to chair. He really seemed to be on the mend, and my family had hope. But it became an emotional rollercoaster that led my dad through 7 surgeries in 3 months, from a trachestomy to a stomach infection after the nose feeding tube gave him a nosebleed, and how the first 2 times the surgeon tried to take out the RVAD in surgery, my dad's heart stopped beating (eventually it came out at month 2). I think it was a combination of a bedsore, the stomach infection and a recurring/recent pneumonia that did him in. They didn't even have to turn off the machines, he just died while the LVAD was still working, he had high lactate levels in the blood, then his blood pressure dropped to 28.

I'm sharing my story with you for two reasons:

a) If you or a loved one is going into LVAD surgery, please have your power of attorney for medical care signed and ready, as well as your will. Do this before going into surgery because when my dad came out, he was deemed mentally incapable by the nurse manager after the surgery, showing early signs of dementia and ICU delirium, so all decisions about his care was turned to his wife, who was very difficult and controlling with the rest of our family.

b) Take good care of your family member while they are in the ICU. I wrote an article about how to care for a loved one who is in an ICU with creative, uplifting things to lift their spirits (and get their mind off the sickness). Granted, I wrote this based on my experience before the pandemic, but I do hope that the ideas I outlined here, will help you somehow, after we get to a point where visitors are allowed inside of hospital ICUs again: https://www.forbes.com/sites/nadjasayej/2020/05/09/we-need-more-creativity-and-culture-in-hospital-icus/

Getting a tablet or iPad for an LVAD patient is an awesome idea. Anything to get the mind off the hospital, in my opinion. 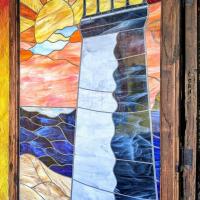 Thank you and peace be with you

I'm very sorry for your loss.  May you always be comforted by your memories and the pictures that remind you of happy times. Thank you for sharing your father's experiences.  My husband (age 71) has been lucky so far (just passed the 9 month anniversary since the implant of his LVAD), but it has been a roller-coaster ride at times.  Please know that the excellent article you wrote may be of help to someone who feels helpless during these times of unprecedented visitor restrictions.  Because of Covid-19 we are trying to be extra careful; anyone with a LVAD meets the criteria for compromised health and underlying conditions.  In the article, one wrote with obvious kindness and compassion for other people, it feels like you did everything you could to convey your love and concern for your father.  Hugs to you as you grieve his passing.

In reply to Thank you and peace be with you by Lissa N.

thanks so much for your kind words Lissa, and I wish you all the best and much success with your husband. It isn't easy to live with an LVAD, I can just imagine, but congrats on meeting the 9 month anniversary, and I wish you many, many more.

I am so sorry for your loss.  Sadly, I do know what it is like to lose a father.

I received the LVAD as an emergency, and once it was implanted, my right heart stopped, and so I received the RVAD too.  One week later, they removed the RVAD, and I was discharged about 10 days later.  After the surgery and I was deemed mentally capable, the hospital helped me do the medical living will.  That was very good advice from you, and I hope people will take it.  I wish I had read your comment earlier.  I know what it is like to deal with difficult people, and when you have to deal them, makes it even harder still.

Thanks to the LVAD, the awesome staff at INOVA Fairfax Hospital, love from family, and especially God's Grace, I have been alive for 10 years now.  I had 1 grandchild when I first got sick, and now I have a whopping 5!  I am grateful for everything, and try hard to never take anything for granted.

I wish you Peace....peace of mind and peace of heart.  I am sure your dad is very proud of you...I would be if you were my son.

In reply to Angel 1 by Cindy R.

Hi Cindy R. I'm so happy to hear that you are 10 years going strong! I hope you did (or do) something special to celebrate the 10 year anniversary.. It's an incredible achievement and you should be very proud. It's also wonderful you don't take anything for granted, and you have 5 grandchildren. What a blessing. Stay well.

I hope my dad is proud, yes. Thanks for saying that.

In reply to thanks cindy by Angel 1.

Since my earlier post, I have read your article, and was touched.  There is no doubt whatsoever in my mind that your Dad was not only proud of, but grateful for you during his final days.  You made a big difference.  Wow, you are one impressive young lady, and I have a lot of respect for you, your values, your smarts, your heart, but especially the love you have for your father.

In reply to Wonderful Daughter! by Cindy R.

God bless you Cindy, thank you so much for your kind words. I am truly touched by them. Be well and stay healthy and optimistic.

So sorry about your dad. …

So sorry about your dad.  You are in my prayers.

In reply to So sorry about your dad. … by Donna B.

Thank you Donna B., I really appreciate your comment. Hope you are healthy and well.

What I have found is that many treatments and procedures are mandated to the surgeons by the hospital.

It's a "hidden" hand.  Doctors won't tell you when the course of surgery is their own creativity or the hospital's micro-managing the patient care.

Surgeons' skill matters a lot but so does the patient treatment regimen.

Some hospitals will interfere, like insurance companies, with the planned treatment, if it suits the hospital's bottom line ... and if the patient's survival interest diverges from the hospital's interest, well ... "What will be, Will be."

In reply to LVAD and RVAD complications. by Ray ..

So what exactly are you saying? To be honest, my dad started to go downhill when the coronavirus hit, and no family visitors were allowed into the hospital anymore, so we couldn't advise the rotating cast of nurses that (for example) his hands were shaking because of low sugar because of diabetes, etc. We became blind to his day to day condition, so the "hidden" thing you mention surely resonates.