Can a lvad recepient change their own driveline dressing

Can a lvad recepient change their own driveline dressing

My husband is possibly going to get an lvad shortly.  Will he be able to learn how to maintain his own driveline.  I like to travel and would like him to be able to do this while I am away.

Would not be very easy for…

Would not be very easy for him to do

In reply to Would not be very easy for… by Jim C.

Do my own driveline dresing change

My LVAD Team strongly discouraged trying to change it solo. One of the folks in our LVAD support group said that changing it himself led to his driveline infection. It’s probably possible, depending on the driveline location, but at the first you’ll be changing it every other day. This is why you need a second trained person to be available if you’re away. A driveline infection is something you definitely want to avoid. 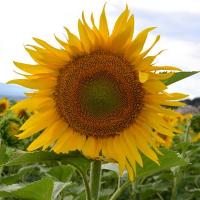 In reply to Not recommended by Larry N.

I’m shocked that your LVAD unit deters you from doing it on your own. I have had my LVAD for eight years and do it on my own every single time and I have never had a driveline infection or any other issue. It’s not that hard and if you follow the guidelines there is no reason why anyone should ever have an infection because they change the dressing on their LVAD 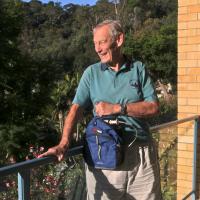 In reply to I’m shocked 😱 by Virginia R.

That's good news. I have had…

That's good news. I have had my LVAD (Heartware) for 9 years today (20 th Oct ) and have never had a driveline infection because I have been meticulous with sterility, etc., just like you! I look after my own dressings, etc..... that's the way to do it!

In reply to I’m shocked 😱 by Virginia R.

In reply to dressing change by Kathryn F.

Hi Kathryn, Ever since I…

Ever since I received my LVAD 9 yrs ago ( Oct 2011), I was shown how to change the dressing and I have done it ever since. No-one else touches it and I have never had an infection! Keeping my fingers crossed!!

In reply to Hi Kathryn, Ever since I… by Jack W.

That’s great. I wish you…

I have had my LVAD for a year. My daughters are nurses and changed my dressing until Covid. I’ve been changing the dressing myself now. I stand in front of the mirror. It’s not that hard.

I learned how to change my own dressing for emergencies (my wife taught me).  I would differ with Ernest in the process only because I can't use a mirror with everything backward.  I change mine standing next to my dressing table and just look down at it.  It is one time in my life that it has benefitted me to have a belly out there where I can see it!  We also trained my son, who lives nearby, and my daughter (who doesn't) and they have both stood in for their mother when she traveled.  I have had my LVAD 2 1/2 years now.

I have had my LVAD for 53 weeks now and was encouraged to learn to change my dressings by my LVAD team at 3 months! It is very easy to do either in front of the mirror or laying in bed ( but constantly being aware of keeping everything sterile).I felt that I could do it myself as I am single and didn't want to impose on my friends. I take showers every other day as I still work at the age of 67 plus now playing softball which causes me to sweat. My LVAD has not slowed me down in fact it has made my life better than it was 10 years ago.

Of course another family…

Of course another family member can do your drive line dressing changes!

As long as you follow the protocol and use the correct dressing. My wife has been doing it for me for almost five years!

Definitely the patient can change their own dressing.  I got an LVAD in April 2017 and have changed the dressing since one month after implant.  I do it sitting with a slight backward incline.  It is quite easy to do.

Changing a sterile dressing must be done right. Was he trained? Have you asked his LVAD team?  I never left my husband while he had the LVAD. I did all the sterile dressings.

In reply to Changing sterile dressing by Cindy J K.

Yes it can be possible. Even if be is in charge of training , my son seems to be the boss with his lol.

Or get a backup friend son daughter not that difficult to get help.   I change my sons because I am always around.

Yes an LVAD recipient CAN learn to do their own dressings. My 40 yo daughter has been doing hers for almost 2 yrs now with no infections. Obviously you need to work with your medical team to accomplish that. 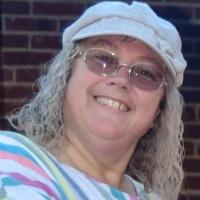 Changing Your Own Dressing

While it might be possible to change your own dressing, a lot likely depends on where your husband's driveline exits his body and whether he can see/reach it easily. My husband cannot see all of his.  His LVAD team did not recommend self-changing.  They DO recommend that we change his dressing every day (which I know is more often than some teams recommend). That may be because of where we live.  It's very humid in Florida and sweatiness can be an issue. I also enjoy traveling, but we have no one else to do his dressing changes. Our son has expressed interest, so eventually I will train him and watch him do it a few times. I think with daily dressing changes, pretty much anyone should be able to clean the area and change the dressing!

I have had my LVAD Heart mate 3 for just over 8 months.  For the first 6 weeks while things were still healing I had help changing it. After I was to the point that I had no kind of discharge showing on my dressing I started doing it my self. It is easy to do, and yes sometimes I still miss a bit on the placement of the seal, but that is not an issue. I do however like to have someone else help me at least once every 2 weeks just because they can see better to make sure everything is looking good.

I got my LVAD December 4,2019. My wife always did my dressing changes. I wanted to learn to do it myself so that I didn’t always have to interrupt what she was doing. I’ve been changing my own dressing for the last 6 weeks and haven’t had a problem.

I had an LVAD for three…

I had an LVAD for three years prior to my heart transplant.  Initially, my wife did most of the dressing changes.  After a few months, however, I did them.  I found it easiest to do it lying down on the bed.  I put all my supplies on a metal tray with a sterile drape.  I had a small prop (pillow) under my head and found this gave me a lot of sight and was easier than trying to coordinate while standing up and looking down.  It also was easier to learn as that is the position that it was done in the hospital and by my wife.  They key is keeping everything sterile and taking your time.  I planned thirty minutes near the end of the day, but it got to where it took about fifteen minutes (including getting everything set up).  Eventually, I was able to extend it to two and three days.  I know that some longer users can get to weekly changes.  But, even while doing daily changes, it was worth the benefits.

Changing driveline bandage by yourself

Where are the recent posts, I am scared!!
136 replies
HeartMate III Mens Clothing
93 replies
My Wife Made Me a Wonderful LVAD Vest! Email us…
70 replies
Shower Protection
57 replies
Ongoing scabs driveline
55 replies