I recently received a heart transplant(!!!) and I have 24 extra driveline management 'kits' available. See picture below of 1 of the kits, they are all exactly the same.

If someone can use these I am willing to ship them to you free of charge(within USA only, please).

Leave a reply here if interested and we can coordinate the details. 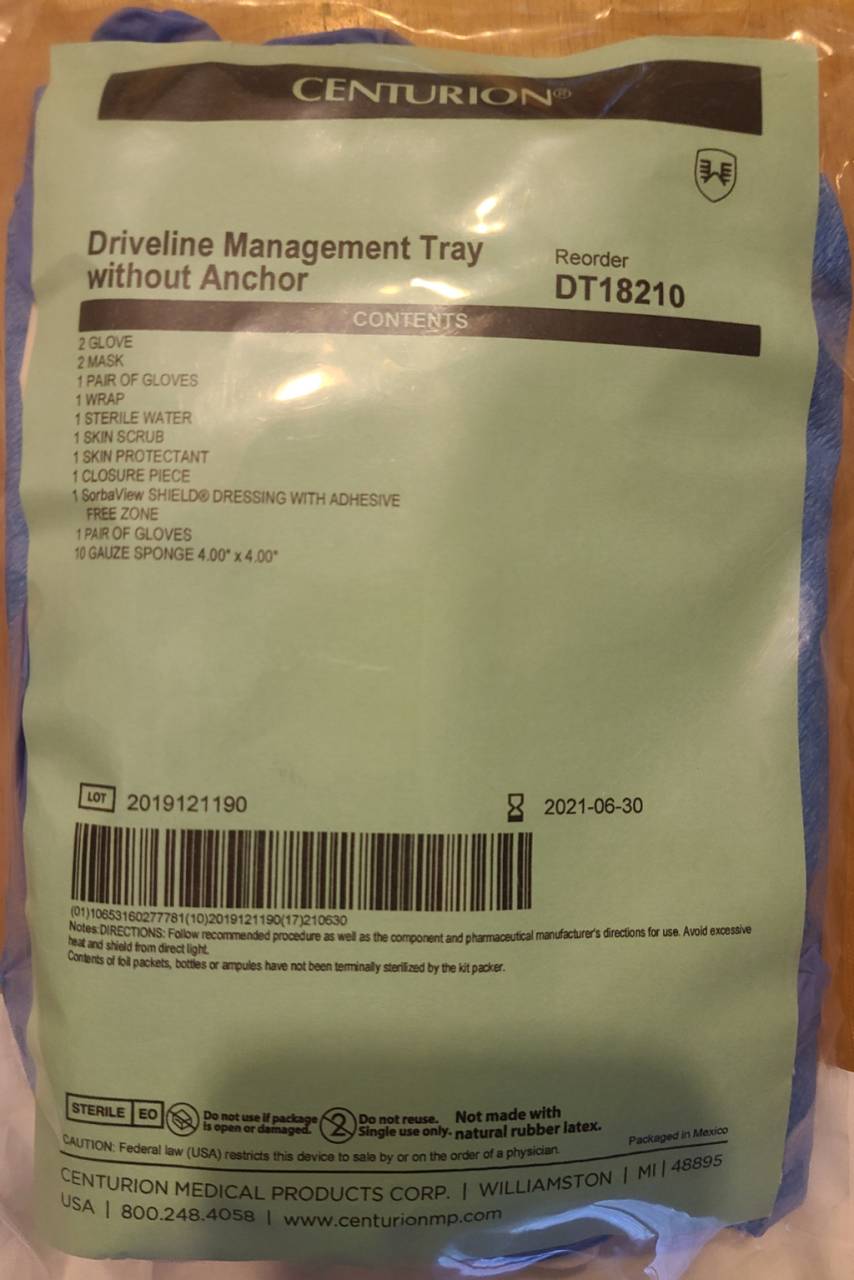 I would love the supplies and be willing to pay for shipping.  We just found out our insurance will only cover

Congrats on your transplant, my husband can't get one.  Thank you so much and let me know shipping cost

In reply to supplies by Kevin B.

Glad to hear you will use these, I would hate to see them go to waste especially considering how much they charge for these things!

I will ship to you via UPS Ground, they should be delivered by Friday. Don't worry about the shipping cost, I'm happy to send them to you.

All the best to you and your husband!

In reply to Hi Ann! by Greg B.

Thank you so much, I hope you are doing well with your transplant, all the best to you as well my husband and I are very appreciative.

Hi I'm not sure if my previous note got to you.  I would love the extra kits our insurance doesn't cover much.

Id' be happy to pay for the shipping:  address is John Burke 10 Claire Lane, Bloomfield CT 06002 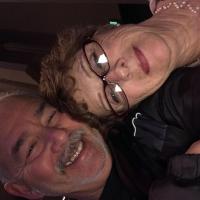 So happy you received your Transplant.. We can’t wait. I’ve been trying to get a question answer. Maybe you can help us. My husband is receiving antibody labs at our home monthly. The transplant team called them a Box lab. Did you receive anything thing like this before transplant.? We we’re just wondering why.. Anyway congratulations again... Don & Sue from Michigan.

In reply to Congratulations by Susan W.

Yes I did have antibody testing done, I believe they monitor antibody levels to ensure you do not have any antibodies that would conflict with the donor heart and cause rejection or other complications.

Thank you for answering me back. I’m so glad to hear this news. We have been getting them once a month now for three months.  How many lab box’s do you think you received before your heart. ? 6 months or so ? I’m so happy for you take care of yourself. I pray your progress with your new heart brings you and your family many joyful memories. Take care thanks again for taking the time to write me back. Don & Sue from Michigan

My dad just received his LVAD a week ago! Congrats on your transplant! If you have any left, I’m sure we could use! I am his caregiver and his is bridging also! We would definitely pay it forward!

Hi, I was the caregiver for my husband who was given his LVAD in March  of 2018.  This was an opportunity to extend his life, & I am appreciative of the time we had together. Life was not easy & there were many hospitalizations, but through it all Jerry followed all medical instructions to the letter.  We thought we would have more time, however, last October he said he was not feeling right. He told his LVAD team & there were blood tests, an ECHO & an increase was made to the speed of his controller. On October 17, 2020 we were told to go to the ER because his controller alarm could not be stopped. His Low Flow had gone down dramatically & the alarm sounded like a smoke alarm ( that excessively high pitch sound). This had happened at 2am & at 9am he was taken, by ambulance, to the LVAD center in Orlando. For the next 2 days there were many tests. It was not until after a CT scan was done that the surgeon noted Jerry's drive line that attached to the pump had twisted cutting off the supply of blood & causing clots on either side of the tubing. We were told a whole new surgery would have to be done. We had received a letter from The Advent Health LVAD group in the summer of 2018,  it stated that due to a manufactures defect, a twisting of the tube could occur. Well this is what happened to my husband. He spent 2 months in the hospital's ICU and succumbed to total organ failure. I am telling this so others can be aware. There's not a second in any day that I don't miss him. He like all of you who opt for the LVAD, are such courageous, pioneers & I applaud you. God bless you all.

I have, if anyone is interested, batteries, the charging unit & plug in unit, 30 driveline kits.  I also have several vests. My Husband was 6ft. tall & 200 lbs. The vests were made for his size.

May God bless you all,

In reply to LVAD equipment & drive line supplies by Georgette A.

Georgette,   My heart goes out to you. I am sure he was a trooper through it all,  it is a hard challenge to stay positive. I wish you the best.  I see you have equipment to share.

My son has a heartmate 3.we would be very appreciative for supplies batteries, driveline kits and extra charger.  if you had a heartmate 3 .please send me a email if it is available.

jewwilbur@hotmail.com.....  if they are available.

In reply to Lvad supplies by Joanne W.

So sorry Joanne, but everything has been given away. I hope you will be able to receive these items elsewhere. Good luck to you & your son. Please take care of yourself as well, and may God bless you both

First of all I’m so sorry for your loss. I know the feeling with a alarm that won’t stop..... My husband as well . The first lvad the heart ware 3 also produced a blood clot in the pump .Sure terror and two strokes and two brain bleeds later another lvad replacement of a heart  mate 3 , we are hopeful for a transplant sometime. Your right some scary times in and out of the hospital but glad for every day we have . God bless you for sharing your story. It’s always nice to hear from others. Take care from Don & Sue from Michigan

Thank you so much we received the driveline supplies yesterday, so grateful, they will be put to good use.

I hope all is going well with you and your new heart.  Wishing you many healthy days ahead.

Where are the recent posts, I am scared!!
185 replies
HeartMate III Mens Clothing
106 replies
Shower Protection
75 replies
My Wife Made Me a Wonderful LVAD Vest! Email us…
71 replies
9 years today (20th Oct 2020) living with LVAD
66 replies