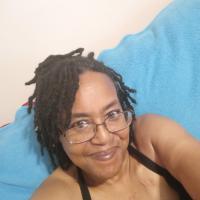 Hi, let me start off by saying, that I never put the correct punction in, so if you have a question about what I am saying please ask, also I can be a tad bit long-winded. I guess I like to give all information so you know the whole situation.

So let me start off by saying I have had CHF for 17 1/2(2002) years with an injection fraction rate of 15 to 25% I worked, raised children, and lived my life. before I received my lvad I was living in another state. and the doctors had told me that before they would even consider lvad placement, I needed a support system because I lived alone. so naturally, when you involve family members about what's going on, everyone has an opinion. So I chose what I thought would be best, living with my daughter. SO I packed up and move to where she was stationed, I feel like that's where my problems began.

it seems like no sooner than I get here, the place that I was going to move into, basically lied and said they had vacancies and they didn't, so i had to go stay with my sister until I could find something else. Welp in the midst of trying to find someplace affordable to stay, i ended up in the hospital, it seems like i went in one day and woke up and it was 1 or 2 weeks later. and that when they told me that I needed to get an lvad or I can get end-of-life care, they called it something else but anyhow. i bargained and tried to reason my way to be like hey just let me go home find a place to live and I will come back and get the surgery, yes I really tried that and went there. But anyhow i didn't have long to make a decision because I was basically dying. so after 17 1/2 years this thing, this disease, beat me, so without much thought, I took a leap of faith that everything would be ok, welp it wasn't.

From the beginning(11/2019 implant date) it has been hell, i had a 2-month hospital stay, low flow alarms, 3 driveline surgeries, a brain bleed and an infection that seems to not wanna go away. so from the beginning, it was my daughter and my sister, my sister was more for moral support, and a place to stay so we wouldn't have to keep driving to and from the hospital. So then my brother and his drama-filled wife decides to move this way, with the impression of helping my daughter out, because we didn't think that it, this, would be as bad and stressful as it was. welp, this is what leads me here today, i feel like i am a big burden on all of them i feel like i made the wrong decision, since my brother and his family moved(07/2021) here it has been nothing but drama, and no matter what i say to her, she takes things out of context, read what she wants to read and hear what she wants to hear. I know that i am not perfect, but i do know how to agree to disagree and to get along for the sake of getting along. well. i responded to something she wrote and used a metaphor something along the lines of to me giving up on life is like killing yourself,  something something, why don't you just give up on life, and she took that right there like i told her to go kill herself, and i am feeling like i can't help what you read or how you interpret it,  and i told yall before they moved here that i didn't have time patients to coddle the way i dealt with her, basically before i took the time and had the energy to deal with her shenanigans, but now i don't  There is more to the story but i can't remember it all, all i know is what i am going thru right now is making have second thoughts about doing this. i feel like a burden, my daughter doesn't have a life, and the people whom we thought to have moved closer to us is causing nothing but frigging stress. I am so stressed that i went and brought a pack of cig. i want them .  I am tired, i am like take this out, but the funny thing is i don't wanna kill myself, then again maybe i do cause i am just like take this thing out my chest so my daughter(she 25) , whom has no life, will go get a life and quit using me as an excuse of not going out and having fun. i just don't wanna deal with this dumbness. but is sucks cause its just me my brother and my sister, my mother passed in 2010, and yes i know that he has to deal with her and i don't, i am just over talking about it with them, it seems that every day its something new, i have enough frigging issues, it seems like my body is failing me,i am having lower back pain,my legs are going numb, i am having accidents, i cant work and i don't leave the house much because of my legs.  i always tell myself sec by sec, minute by minute, hour by hour, and day by day. and i can talk myself thru this, this mind set, but today i just cant, today i am like i am over the bull, i am over the drama, i am over life. i am over feeling like i have to cave, i am over it all. you know that old saying you will do something when you get tired of being sick and tired,  i don't want to deal with the extra drama from my brother, because its so bad that i don't wanna talk to him, and my baby sister is coming to be the voice of reason, welp i don't want a voice of reason, i want  him to stay over there with his family , cause the moemt he comes here there is gonna be drama on his part, and if he brings my nephew, shes gonna bring drama here so i am like i don't wanna see all of them, lets just keep it simple.

so i guess my thought is has anyone ever felt like they made the wrong decision??? wish they could take it all back,, and if so how did you get you mind set out of that thought process. I know i am just talking sometimes, but honestly i feel like it, and i need not nessarrily  validation but some understanding from someone who has been thru what i am going thru. Having your body seem like its failing is nerve wrecking.

Thank you once again for taking the time to read and or respond, any information will be greatly appreciated.

Hi, I’m not sure how this works I’ve never commented on here before but something is telling me to reply to you…

I just want to say I know how hard it trying to learn to live with a VAD but never give up, your family love you and will do anything to help you!
My uncle who was 30 sadly passed in April, he lived with an LVAD for a year but he was just too poorly but no matter how much he struggled he never gave up, he had to learn to do everything again because he didn’t use his body for so long due to being on life support before having the LVAD to literally save his life he had to learn to feed himself, talk, stand up, walk literally everything he struggled so much both physically and mentally but he never gave up. I know he also felt how you’re feeling and as a family member who would do anything for him I would do it all again and I would give anything to have him back. Me and my grandma gave up our whole life for him and I would do it all over again if it meant he could still be here and I’m sure your family would feel the same… Never give up, your life is so worth living and it will get better!

get your head up

I understand your pain and your feelings.  I have had congestive heart failure and related problems since the summer of 1996.  I died the 1st time in the summer of 98.  Took 6 hits from a defibralater to get me back.  I woke up a week later at Duke Medical Center.  I had to confront ego issues.  I spent years making peace with the fact my body had let me down.  2019 I was admitted to Duke just a few days from being dead.  Got lvad after it was my only real hope of staying alive.  I wouldnt trade it for anything.  I understand your pain and your feelings.  I am extremely independant, drive lvad coordinator nuts as I can will my body to do cerain things.  2 months in the hospital and readmitted 2 weeks later with infection.  Son and daughter in law supportive, stayed with them a couple months.  Had to assert my right to privacy. Being able to feel your own pain beats the alternative.  physically it sounds like you have challenges to accept.  Nobody has same experience with lvad. Hardest part of pain is dealing with vast array of issues.  I started writing as I found some release and trying to write a book so perhaps someone can get insight into dealing with feelings and frustrations as I had to deal with them.  Hiding from life and dwelling on what we can't do and our physical challenges is not a solution.  Embrace the positive aspects of being alive.  It really does beat the alternative.  Focus on the things you can do and assert your need for privacy and independance.  I told hospice worker to leave as she wanted me confined as an invalid.I flunked the invalid 101 gourse.I try to thank God each and every day for allowing me to live, albeit with certain limitations.  I have to embrace life even with frustration over changes in ability.  When death comes to call I have to ride out and confront it head on.  I won't embrace it and I refuse to quit living and start existing out of fear.  For everything you can't do something else that you can do is what to dwell on..

Where are the recent posts, I am scared!!
167 replies
HeartMate III Mens Clothing
93 replies
My Wife Made Me a Wonderful LVAD Vest! Email us…
71 replies
Shower Protection
68 replies
Ongoing scabs driveline
60 replies

Are you a caregiver? Would you like to voice your opinions and thoughts? - Please Participate in The LVAD Caregiver Study
byAshley X.
PostedApr 29 2019
10 replies
Charging while traveling
byGinger H.
PostedSep 13 2021
15 replies
END_OF_DOCUMENT_TOKEN_TO_BE_REPLACED