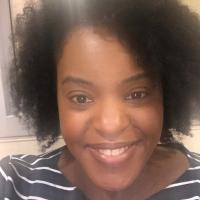 I haven’t written anything on this forum since my mom got her LVAD that back in 2019. The circumstances Nat my mom received her LVAD that in were not ideal. I took her for an appointment, as I have been doing many times since her heart failure diagnosis, and we were told that if she left she would probably die and she needed to get the LVAD. We had discussions about it before with the healthcare team, we knew that eventually we would be heading that direction, but we didn’t think that it would pop up on us like it did. Long story short, my mom had the LVAD and her time with it was pretty uneventful until the end. The end of 2020, she ended up getting a driveline infection. They did debridement, but because of how far the infection spread the surgeon didn’t feel comfortable going up further towards the heart. So the debridement was successful, but there was still infection present. Daily antibiotics became part of my mom’s life. We have been preparing to get a heart transplant. The infection increased the urgency for my mom needing to get a heart transplant. She was already on the transplant list, this means her up. January 3 I was getting ready to work early in the morning, I got a phone call from Stanford. They had been trying to reach my mom and couldn’t, a heart had become available. Long story short, my mom‘s transplant was done on 4 January. We went into it thinking that things would be similar to the LVAD, we knew it would not be easy but we didn’t think that it would be filled with complication after complication. They took my mom back with a heart transplant around 1 PM. We were told the surgery would probably be about six hours. My mom did not get out of surgery until almost 1 AM in the morning. By 6 AM that morning, she had to go back into surgery because of bleeding in her chest. Later that night I was holding my mom‘s hand around 645. Prior to that point in the ICU, she had been having seizures. At 6:45 PM while I was holding her hand my mom opened her eyes and the whole back in her head she had a massive seizure and cardiac arrest. They were able to bring her back with compressions only she was only down for about a minute. My mom was in the ICU several weeks, basically out of it staring into the ceiling knowing who was there what was going on, they had to do several brain function tests because they didn’t know what was happening.  She finally came to calm her suffering from severe delirium, requiring dialysis as her kidneys were not functioning, I forgot to mention she also needed a tracheotomy because she had been on the ventilator for too long and they were worried about stenosis of her airway. The function of the new heart was just OK, however it had problems facing so they had to first start her with a temporary pacemaker, she has since had surgery to have a permanent pacemaker implanted. I say all of this not to scare anyone nor to turn anyone I’m thinking about a heart transplant. Surprisingly, several days after my mom had her heart transplant I meant a mother whose son had a heart and lung transplant and that next day he was asking for ice cream, for a lot of people it goes really well. But I mention all of this because my mom has been kind of depressed . Yesterday she finally said, after I saw some of her old Elvado equipment and asked her if she thinks about dressing changes and everything that came along with it all that, she says she thinks about it every day. I said what do you think about. She says  she questions if she should’ve just kept the LZ. Yes my mom had the infection but the quality of my mom life was a lot better. My mom can barely walk. She’s using a walker now, something that she did not use before. She is having to get pulmonary testing done the end of this month because apparently  she needs to get surgery on her airway, but she’s really apprehensive about getting another surgery. She has a lot of the same symptoms as she did when she had heart failure. But we’re told the new heart is fine, with the exception of the fact that they say the bottom of the heart  has some sort of damage from an apparent heart attack that my mom has had at some point with the new heart. I don’t know what to say to my mom, I wish I could make things better for her I can only imagine making a choice thinking that things would make your quality of life better  but then that choice make things dramatically worse. Sure the hell that could’ve filled at any point in the infection could’ve gotten worse, but again the quality of my mom‘s life was so much better.

Are used talk to text to make this post, so I apologize for grammatical errors.

Where are the recent posts, I am scared!!
187 replies
HeartMate III Mens Clothing
106 replies
My Wife Made Me a Wonderful LVAD Vest! Email us…
77 replies
Shower Protection
75 replies
9 years today (20th Oct 2020) living with LVAD
66 replies